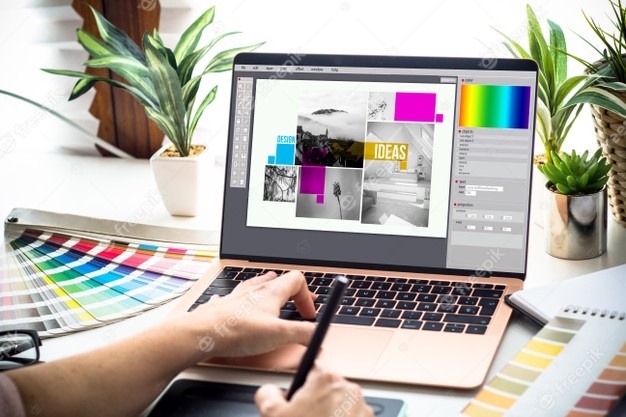 How do you make a product that sells? Firstly, it must have a fantastic design, and secondly, it must go through an efficient development process in order to produce an excellent final product. It’s important to note that these two stages require collaboration between designers and developers, and they’re not easy to complete.

Designers transform concepts and ideas into visual representations; however, they still need to devise a way to hand off designs to developers. While several designers believe that the handoff process is difficult, frustrating, and destructive. It is the code that is to be blamed that makes this process complicated. A successful design handoff is critical in today’s time because if a developer is unable to obtain what they require regardless of how good your design is, it amounts to nothing.

What is a Design Handoff?

The design handoff occurs after the specifications and when the prototype has been tested. It refers to the point when designers need to transfer their concepts and ideas to developers for development. Designers and developers are not well aware of each other’s work and it is essential to point out that design and coding are the two different versions of a project.

This means that the designers probably don’t have the knowledge of coding. Prototypes exist in the same form as the design version; however, developers require the coded version that they could turn into a working product or website.

Zeplin – Zeplin is one of the leading tools in the market. Sketch, Figma, Photoshop, and Adobe XD are all integrated into this design handoff tool. Zeplin can convert your designs into a variety of languages, including CSS, Swift, Android, Objective-C, and React Native. You can, however, export the style of each layer and asset at the same time. Collaboration tools like Slack and Jira were also integrated into this hand-off tool.

Marvel – Marvel is one of the simplest and easiest tools to master and the credit goes to its user-friendly interface. It won’t take long to become comfortable with this tool. This can be classified as a foolproof handoff tool. It may also make it easier to sync various interactions.

Although it is a web app, it works particularly well with Sketch.

This could be a benefit, but it could also be a disadvantage. So, if Sketch is already in your design toolbox, Marvel is well worth a shot. However, if you aren’t using Sketch, then you might not find this tool to be very useful.

Avocode – You might think that using Avocode between Zeplin isn’t too much of a hassle, and you’d be correct. Avocode’s integration with Sketch, Adobe XD, and PhotoShop has also been completed. Avocode is also very compatible with Figma. Using this tool you can control different versions and collaborate with email notifications. It can also be integrated into Slack, allowing you to better organize and communicate with your team.

Adobe XD – Adobe XD is one of the most widely used wireframing, prototyping, and collaboration platforms. For web and mobile apps, as a vector-based user experience design tool, It encourages proper design handoff. Developers can use this feature to help them create code from the design. Triggers, interactions, preview, and even export to After Effects are some of the features supported by Adobe.

Furthermore, it has states, a repeat grid, vector drawing tools, precision design tools, asset export, and responsive resizing. Adobe XD is a program that allows you to create animations and it is also very compatible with Jira, Slack, Zeplin, and other tools.

Invision – One of the most popular prototyping tools is InVision as it is a product design platform. There’s also a handoff feature in this tool and it allows for a large number of plugins and integrations.

InVision has a Sketch and Photoshop add-on. It allows users to sync their design with InVision and the widget is called craft. Any changes could be synced to the entire team. Designers can switch to the most recent version or roll back to a previous version at any time. But also at the same time, developers can inspect and generate codes from them.

Every project requires a design handoff and it is critical to stay updated with design handoff tools and techniques. Consider your options carefully before deciding on the best one for you. It is determined by the expected level of collaboration with other team members, the team’s size, the amount of usage, and the platform/operating system used. More importantly, it is dependent on other tools that you may need to integrate in order to maintain a consistent product design workflow.

Understanding the new trends and updates in Handoff tools can be tricky and hence a little professional help always works. Fortunately, Tentackles Strategic Design is a top-ranked UX/UI design agency tailored to ensure you excel in the industry with newer trends and outperform your competitors. Contact us today to learn more