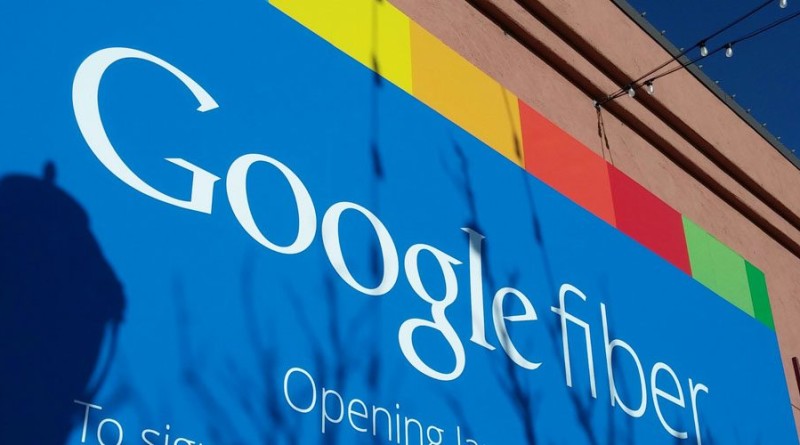 On Google’s Fiber TV we can watch almost 220+ channels and our favorite shows. All the channels are of high definition and have wonderful picture quality. The connection is made with the help of fiber optics and that gives the pictures high clarity. We can record up to 8 shows all at once and 500 hours of storage on the DVR. An option for smart search and on demand is available for us to watch.

We can get the Google Fiber TV box and subscribe to the channels we would like to watch. There is a new update with the Google’s Fiber TV app for iOS and Android users. This will allow us to watch our favorite shows on the go and record them from anywhere. Doesn’t that sound interesting? We do not need to miss out on recording the shows and regret later on.

Users will be able to watch the new episodes of the shows on the go, no need to wait to get to home. Lists of features have been added to the app and every one of us is excited to use it. There are around 200,000 TV shows and 30 million songs for to watch. A new feature is that we can cast our favorite shows from our gadgets to our TV.

The free version of the app is available to be downloaded and watched live. Google will update the app further for its subscribers in a few days from now. We have an option of controlling our TV not with a remote control but our phones. They have designed it in such a way that we can sync our mobile devices with an easy access to the personalized recommendations for us to watch.

We don’t need to be connected to the local home network for us to be able to record the shows. It will automatically pop up with recommendations for the recordings of our DVR. It highlights the shows which are streaming live and if we are interested we can watch it. Staying in one house, each one of the family members can watch different shows simultaneously.

Google wants to provide a service which is accessible on cable as well as the internet. The design of the app will remain the same; it is just that a few new features will be added to it. It has been one of the most significant updates in the last four years. They have made a lot of modifications to the app to make it look more appealing and easily accessible.

It is a bang on for the people who have been dreading about the fact that their location does not have Google Fiber yet. Now, anyone can access the app and watch TV shows live. The update is yet to hit the TV boxes, as of now it is available for the users on the app. There is a drawback to the cast option on the app; a few channels cannot be casted from our smart gadgets to the TV boxes.

This is a festive and holiday season, so we can wheel away the time by watching our favorite TV shows. That is the main reason that Google has decided to give this update as a “Thanks giving” gift to all of us. Though the app already had the features of watching the shows live and on demand. Now, we can play and record the shows from anywhere, always.

The interface is designed in such a way that we can switch from one window to the other smoothly. It is hassle free and there are recommendations available for us to watch on DVR, instead of scrolling down to search from the recordings. We can switch between channels as well, right from watching a premiere show of “Game of Thrones” then to “Stranger Things” on Netflix.

The service provides a 1000 Mbps download and upload speed; we can say that it is faster than the broadband internet. We do not need to wait for the channel to buffer and get frustrated. It does not slow down the streaming of shows with high quality videos to enjoy. Moreover, it is cost effective, a monthly subscription will cost us $120 and the installation charges are $300.

It will be better that it expands to other cities and the states; it will reach the larger part of the population. At the end of the second quarter of 2016, it had 68,715 video subscribers. It has increased by 66.6% from the past year, which is a tremendous growth on its part. Unfortunately, the officials are not happy with the outcome, as they want it to be bigger and better.

In October, Fiber announced that it will be halting the expansion process for the time being. Unfortunately lay off a few employees from work where they were planning to roll out their service. They have applied their business tactics in their Cast support feature. Channels which do not need a cable subscription have been blocked and the ones which need are available to watch.

Google has obtained Webpass recently, it is an organization which has put deep roots into the fifth generation speed internet and has the license from “Federal Communications Commission” (FCC). They are going to experiment on radio service over 12 cities in a span of 2 years. We can say that Google expansion is ready for the gigabit generation.

The customers at times do face a few technical issues and the technical support would help us right away. They have an impeccable knowledge about how the whole thing works? It provides a wide variety of support options; it is not only with a phone call that we can get our issues fixed. The best part is that we do not need to wait for more than 5 minutes for a representative to attend to us.

It has altered the way we watch videos, TV shows or sports online. Most of us at some point of time would have suffered with a slow internet connection. But, now we do not need to worry about it anymore, as the Fiber TV is here at the rescue. It is clear that, we are unable to find any kind of strong contenders to succumb them away from this business. Instead we can say that the network providers have invested in this venture to gain huge profits. It is just the beginning for Google Fiber TV, it has a long way to go and the anticipation from the public is high.

Author Bio:
Anand Rajendran is CEO and Co-Founder of Zoplay.com, best PHP scripts development company located in India. Zoplay is a part of Casperon Technologies a leading social and mobile development company which developed a Zoplay Scripts. I’m a Tech geek, Digital marketing expert, Entrepreneur, and Atheist who loves to write everything about PHP Scripts and mobile application development.