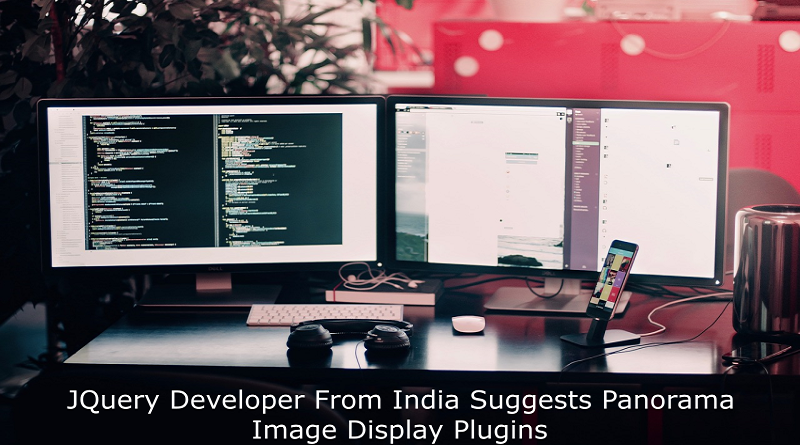 JQuery is one of the most efficient frameworks that transforms lines of chaotic javascript into well-designed, concise code. And since its inception, the javascript framework has started showing some level of strength of design for serious web application development. Currently, many JQuery developers in India tend to choose JQuery plugins as a part of their website. But before choosing one, you need to consider several things in prior or else you may find wasting a lot of time going through all of the plugins that are unnecessary to you.
Now JQuery is such a platform that makes it possible for a web developer to perform a task smoothly on HTML elements with minimum lines of code. Although it may not be the first choice for 3-D but it definitely turns out to be the much better alternative to Flash. Here is a post that incorporates some of my favorite panorama display images but before we go through the plugins, take a look at these JQuery development tips worth considering.

With Panorama Image Display Plugins mentioned below, let your visitors enjoy the 360-degree view of your website image by integrating these JQuery panorama image display plugins.

Threesixtyslider- The jQuery plugin is used to create a 360-degree image using jQuery. It may quite interest you to know that the plugin supports almost all major browsers (including IE6) and is fully responsive!
The plugin is available with a SpriteSpin library which provides similar kind of functionality through which a user can fully rotate an image. This feature, in particular, is effective when displaying images on an e-commerce website where a 360-degree view is beneficial. For better configuration, the 360slider offers a handful of options in regards to height, width to playspeed and disablespin.

Paver- Most of the JQuery developers in India use this plugin to make panoramic and widescreen images for their end users. The creator of Paver, Terry Mun was mesmerized by the iPhone’s ability to capture panoramic images. And this is how paver came into existence with a feature that ensures images are rendered correctly. Moreover, paver focuses on providing compatible aspect ratios across devices so that the images will render as they should be.

JQuery spherical Panorama viewer- Again, the plugin allows its user to show a complete 360-degree view of an image. And that’s the reason why this plugin, in particular, is used in the making of websites for restaurants, apartments, etc. Unlike others, JQuery spherical panorama viewer is extremely simple and does not require any javascript to be written. All you have to do is add a class of panorama to any image where you wish to apply this effect.

JQuery virtual Tour- The plugin is an extension of the above mentioned JQuery plugin and relies on the same library to function. Most of the JQuery developer in India believes that the plugin takes a step further by offering them to create interactive virtual tours for their end users. Apart from this, HTML elements make it possible for tours to render in the browser even when Javascript is turned off!

Sprite spin- The JQuery plugin creates animations from a directory of images or a stitched sprite-sheet. The moment the animation is created, it automatically loops frame by frame like a flip book. Like any other 360 degree plugins, Sprite spin even aims to provide a 360-degree view to its end users. In fact, it takes a step further by offering a handful of features which eventually allows the developer to customize the behavior and presentation of the animations.