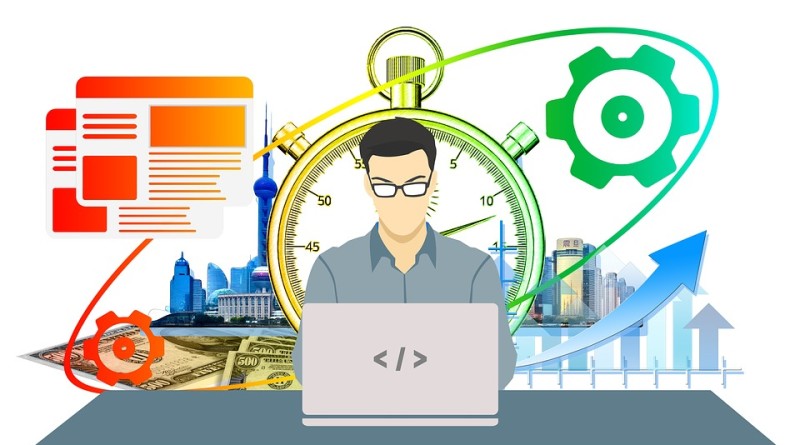 In the present times, given the increasing competition around and the typical time constraint in every walks of life, newer innovative tools have emerged as full-fledged web development technology. The strong community of professional and dedicated developers are doing a great job. The framework of Ruby on Rails is primarily based on MVC (model, view & controller) architecture. The framework utilizes object oriented scripting language which was first introduced in the year 1990. Rails is a framework, which is written in Ruby programming language.

Most of the business owners mainly prefer this programming language as it is simple, flexible and readable. Using this framework, many complex websites can be built within a short period. The programming language is so powerful that it makes it easy for the web developers to handle the project in hand with ease.

Following are some of the significant benefits, which make it so popular among the Ruby on Rails developers:-

The ROR (Ruby on Rails) framework offers a whole lot of benefits to the developers. Have a fresh look at the benefits of ROR framework for different business owners, who hire Ruby on Rails programmer for their individual projects.

Changes can be made easily: The developers can easily make changes by using this wonderful framework. Moreover, if you wish you can further make changes even after the launching of the site. You can make modifications by adding fresh features. This feature is something that can be expected from Ruby programmers.

A website can be launched quickly: With a simplified coding feature, ROR websites can be easily launched within six weeks, while other traditionally built websites take about 12 weeks for launching. Features like simplified code-base, a clean & modular design and the easy availability of several plug-ins have significantly made it possible for quick launching of websites. To put it in other words, it is imperative to hire rails developers.

Cost-effective Option: Using Ruby on Rails, you can easily get the project done speedily without spending too much time on it. It also saves you time and resource and further reduces the labor required for the development. While coding is easy with ROR framework, important factors like performance, scalability & quality of the websites are not compromised.

To be precise, all features and benefits explained above lure more and more developers and business owners into RoR development. Before you hire RoR developer, you can now get more information about the Ruby developers from the relevant websites.

In short, the use of Ruby on Rails has significantly revolutionized the world of web development. The RoR community is dedicated to helping the new programmers to deal with issues arising from the development.

Author Bio: Alena Brown is a passionate writer and regular blogger. In her recent write-up, she talks about RoR development and its benefits.