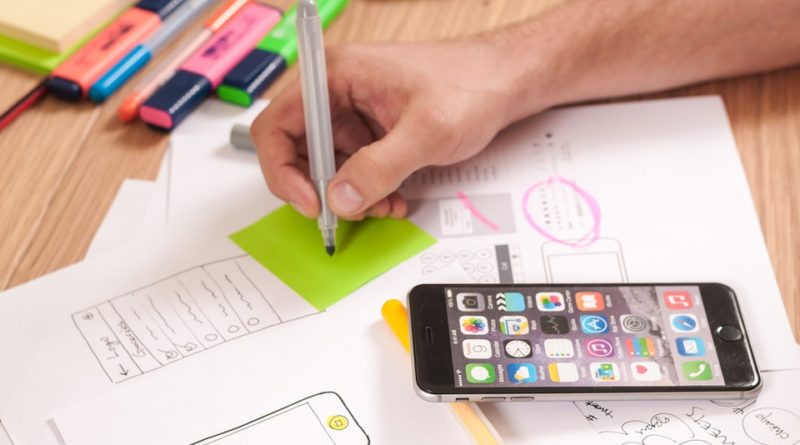 UI refers to the system-controlled elements that are displayed on the mobile screen and used for interaction with the device.

During the process of app development, you are not certain that if it will fetch as good results as successful establishments like Airbnb, Amazon Research. Statistics tell us that about 60% of mobile applications exist which are not being downloaded at all, out of the remaining 40%, only 21% are still in use since 2018. This is because intuitive UI is what a user looks for in an app.

If you want to want to make sure your company stays competitive and amongst the top, you can try following the below UI trends for your app

With the passage of time, animations have become a crucial part of the app development process. Thus, developers should keep in mind to make use of communicative and functional animations so as to symbolize the images, cache, and fonts.

Make it a point to put more focus on coming up with numerous simple and decent patterns for the UI design. We are expected to see more changes and addition to this feature to make it even more interesting.

Overlapping in colors, illustrations, fonts are one of the mobile app development features that will continue dominance in 2019. It is being widely used by many app developers around the globe. The developers are advised to go a bit further and combine this feature with one of the shadows. This will further enhance the UI design and it will function better and will be more competitive.

This game changer was introduced by Tinder back in 2012. Tinder came up with an app which was almost based totally on swiping. Since swiping has been introduced mobile apps have become more interactive as they have swiping as the main feature.

Designers used swiping to replace the delete button in messaging apps and mail apps in 2018. Most of the music apps use swiping to change the music tracks. Thus, swiping has definitely made user navigation much more interesting and easier. They are of great help while browsing across webpages.

This feature should be always on the top of the list when it comes to trends. Every mobile app development company should focus on developing a perfect mobile application which delivers the best app experience to its targetted audience. It is the duty of the developer to make sure that the page is loading comprehensively and the user is able to view the page’s content just by looking at it’s landing page. Very soon, this feature is going to an integral part of UI development.

The implementation of this fantastic trend will help your app to face fierce competition in the mobile world.

With the passage of time, the appeal of having a higher number of audiences has come to the forefront. While using any unique rendered specification the UI design component compromises the full-screen background images.

It has the potential of increasing user engagement and enable them to spend more time browsing the available webpages. It works like magic and makes the user feel refreshed while going through the numerous splendid images.

The world has moved forward from the era when the user used to engage with the content only. In today’s world, several methods have emerged which can be used to illustrate the functionalities and features of a mobile app.

The storytelling technique along with the use of meaningful images and videos is one the most efficient ways to any app’s features and functionalities. The depicted characters should be human-like to ensure a better human interaction, This will make your app more competitive and vibrant.

Intelligent Use of Dynamic Colours

Colors play a significant role when it comes to UI design. They can be used by mobile app developers as an important tool to demonstrate their designing skills and level of creativity. Colors are as important as background images.

Colors have the tendency to invoke the emotions of the users by getting hold of their attention. Big players in the mobile application market like Instagram and Snapchat keep revamping their color combinations of the apps in order to influence the mood of their users.

The opacity feature is one of the essential assets that mobile app developers use to boost the UI of their apps to enhance the transparency of the app. With the help of this feature, the user can adjust the varying transparency settings like the illustrations or the color to produce a vibrant appearance for the app.

It is of great use during the logo designing of the app too. Thus 2019 would be about setting the elements of opacity efficiently to optimize the viewing standard of your app.

The voice-assisted interface is a burning trend in 2019 in the world of mobile app development. If a user signs in using Siri, then he wouldn’t have to enter the security key after that separately.

This feature makes a mobile app unique as such applications are not easy to find. Designers are doing their best to make optimum use of this feature. Thus, you can expect a lot of developments in the area of UI assisting voice.

We can conclude that the process of mobile application development is evolving as time passes by. The UI trends will keep on updating with the advancement of technology in the mobile app development world.

Out of the many trends coming up in the area of UI development, if mobile app developers can keep themselves updated about the above 10 trends discussed. It can be expected they will come up with much better results which will impress the users as well.